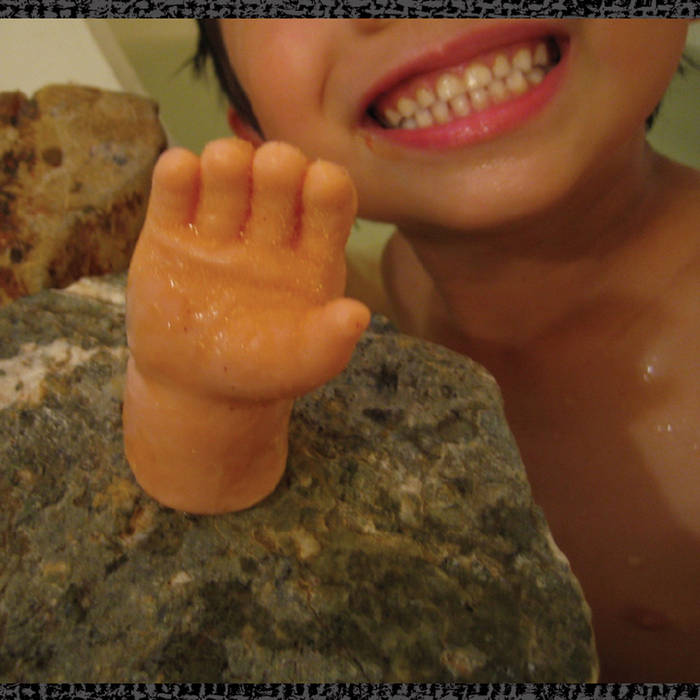 In the waning moments of the summer of 1987, Larry Crane (Vomit Launch), Mark Evans (Uh-Moncst, Serious Problmz, Fat Chick From Wilson Phillips) and Lucian Tielens (Bren’t Lewiis Ensemble, Serious Problmz) decided to smear their skills on some informal, all-instrumental improvisation. The trio played together once in September and again thirteen months later, recording both sessions live to cassette. As a vehicle for inexpensive and private refuge from the rampant attention vampires and hundred-degree heat of Chico, California, Idler Arms never found it necessary to perform live or release anything. There are no bona fide songs here; instead of, for instance, nailing changes or pyrotechnical counterpoint, their unadorned, of-the-moment jams are informed more by rhythmic, textural concerns and momentum not terribly far removed from mekanik krautrock. These are straight excerpts with no processing beyond modest crossfades, edited from about three hours of material; so isolated, the trio’s spontaneously rendered squalls form a surprisingly coherent patchwork. Consider it something no more grandiose than a sketchbook à la Obscured By Clouds, filtered through the atmospherics of 3R4 and retrofitted for a Doug Roberts-directed episode of The Twilight Zone.

Bandcamp Daily  your guide to the world of Bandcamp

cktrl talks about heartbreak and his new record 'Robyn'